By the time this posts we will have packed up shop here in Brisbane and will have spent our first of 9 months of nights in Melbourne, or as Australians say, Melbin.  How did that happen?  I haven’t even had the chance yet to tell you anything about Brissy or its surrounds, so I’m going to steal this moment to procrastinate from packing to show you a little of Byron Bay.

It’s hard to show how beautiful it really is in photos.  It’s so large you need a wide angle or some such other fancy type of camera lens.  Byron gets very busy in the summer, so we decided to go in the off season when it was still just a little chilly.  It draws bajillions of people because it is the quintessential hippy, surfer paradise and everyone wants in on it.  It has a certain kind of undeveloped magic to it.  It’s striking these days to see a place so spectacular without gobs of high rise apartments and shopping two seconds from the water’s edge.  Luckily, Australia has plenty of gorgeous beach to choose from, so they relegated most of their beach development to the Gold Coast which is north of Brisbane and full of theme parks and zoos etc.

Way in from the water lives the town of Byron.  It’s more of a village, a beachy village with surf board shops and sandy people and lots of places to get a juice.  It’s right out of California, but with less dude and no Whole Foods.  When we were In town one day at the bulk foods store (when in Rome) we saw a group of people gathered under a tree and were informed a Koala Bear had been spotted.  We hadn’t seen one in the ‘wild’ yet and while the tree was in the parking lot of the Australian chain grocery store Woolworths, it was no less thrilling to see a Koala not in a zoo.

We spent the night in a cool little Parisian-esque, studio apartment where Michael got fixated on a visit to a secluded beach, just south of Byron proper.

I acquiesced with reticence, because I know what can happen when he gets fixated on something.  When we ended up on a winding dirt road that went on for miles without a soul in sight, I didn’t say anything.  Then when we lost all cell reception so Google maps, which had been our guide, was no longer with us, I didn’t say anything.  When I looked out the car window as we drove along and saw the edge of the road was an unprotected edge of a cliff drop off, I still didn’t say anything.  Then once we finally found the place, we had to climb down a sort of mountain path comprised of a steep set of craggy rock stairs and Michael said to me, “I know you’re so mad at me right now.”

“I couldn’t possibly be more mad,” I replied.

And then we stumbled on this: 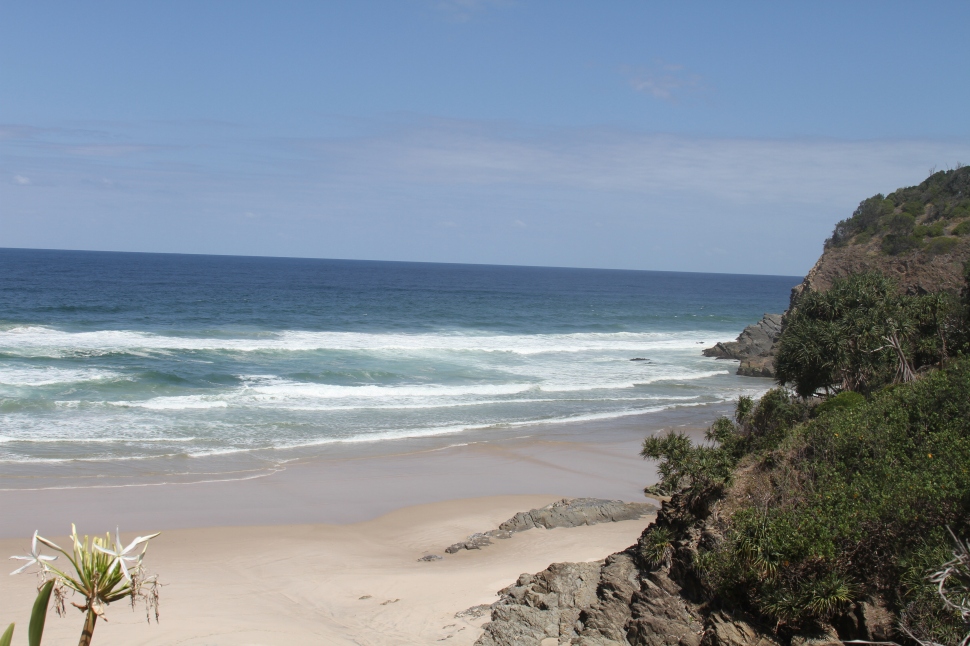 And not another human in sight… 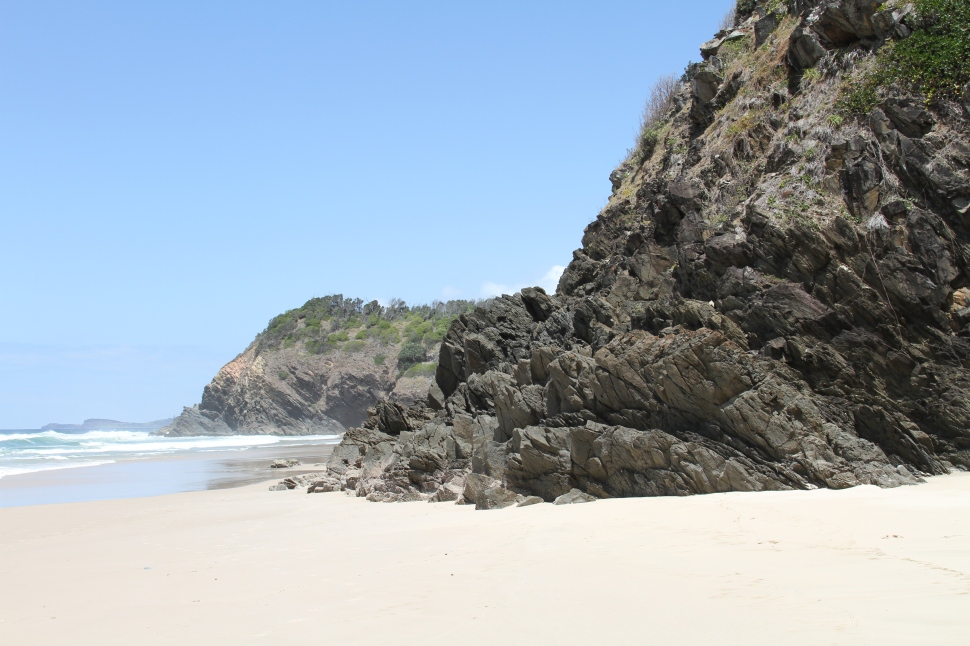 So I ate some crow.  Then we all took off our clothes and ran around naked until we remembered we’re in Australia and there is no ozone here.  Protective gear was donned and M & G went to explore.  Look how tiny they are!

They returned with reports of an exotic cave.

“Bring me to it!”  I exclaimed in a sort of King George style. 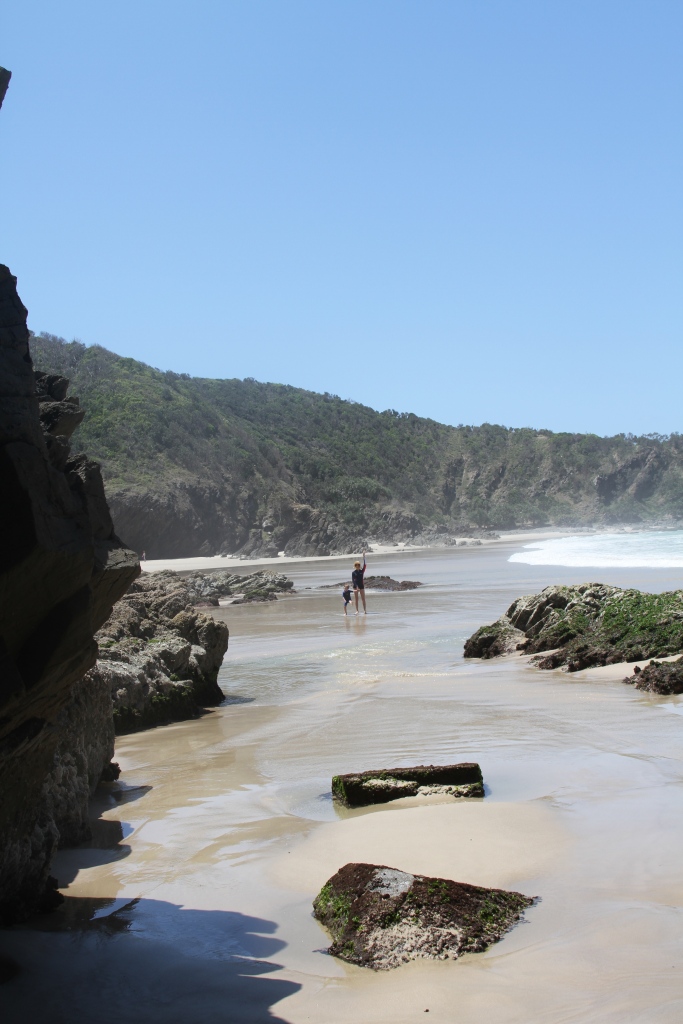 And then we went home, exhilarated, with the tiniest glimmer of what it might have been like to discover uncharted territory.  .